Executive Produced by Sheila Nevins, Project Marks First Collaboration Between SHOWTIME and MTV Documentary Films
and Will Be Qualified for Awards Consideration 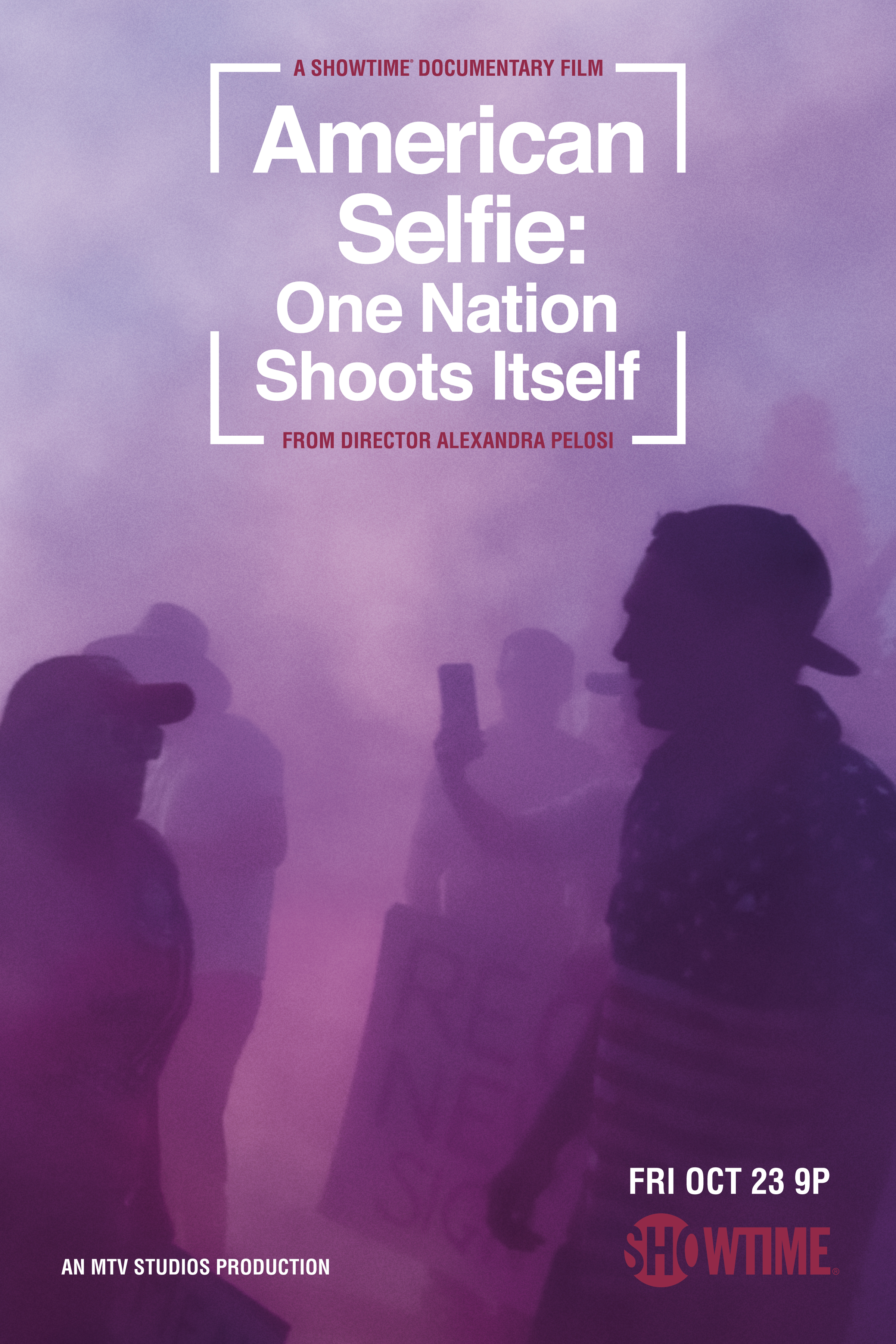 LOS ANGELES – October 8, 2020 – Showtime Documentary Films announced today it will premiere acclaimed filmmaker Alexandra Pelosi’s new film AMERICAN SELFIE: ONE NATION SHOOTS ITSELF on Friday, October 23 at 9 p.m. ET/PT. A visceral cross-country journey during one of the most tumultuous years in history and chilling in its foreshadowing, the feature documentary fearlessly enters the heart of a nation and reflects back urgent, and at times, uncomfortable, truths. SHOWTIME has also released the trailer and poster art for the film, which is executive produced by Sheila Nevins for MTV Documentary Films. The announcement was made by Vinnie Malhotra, Executive Vice President, Nonfiction Programming, Showtime Networks Inc.

Placing viewers directly within the most consequential events of the past year, Pelosi takes the pulse of the country while capturing the fervor of this precise moment. Powerful and provocative, AMERICAN SELFIE raises critical questions about the stark divisions in how Americans feel, and asks if it’s possible to ever find a way to a more perfect union. As unthinkable perils engulf the land, Pelosi bravely captures the rising tensions among warring factions that eventually spill over and erupt into protests in the streets.

“The purpose of this film was to take the temperature of how people feel about America today -- to take a selfie of how America looks in 2020,” Pelosi said. “It’s an artifact of this moment in time, and I’m immensely grateful to Sheila Nevins, MTV Documentary Films and SHOWTIME for bringing this film to audiences at such an urgent time.”

Pelosi has written, produced and directed 13 documentaries, including Outside the Bubble: On the Road with Alexandra Pelosi, The Words That Built America, Meet the Donors: Does Money Talk? and Emmy®-nominated Journeys with George, about George W. Bush’s 2000 presidential campaign. Pelosi is also an author and began her career at NBC News, serving as a field producer for over a decade.

AMERICAN SELFIE: ONE NATION SHOOTS ITSELF is an MTV Studios Production for Showtime Documentary Films. Nevins serves as executive producer.